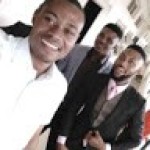 Many fans claim Pogba does not work hard on the pitch for United. However, when comparing him to city’s midfielders from his time in the league, only Fernandinho outruns him (excluding Pogba’s 19/20). Finally, he doesn’t run around aimlessly. Before his injury at the beginning of this season, Pogba was END_OF_DOCUMENT_TOKEN_TO_BE_REPLACED

In Collaboration with Man. United Base Telegram Channel. SoccerPrimera Media | All Rights Reserved © 2020 | Designed by ICEMAN

Any cookies that may not be particularly necessary for the website to function and is used specifically to collect user personal data via analytics, ads, other embedded contents are termed as non-necessary cookies. It is mandatory to procure user consent prior to running these cookies on your website.